To date, more than 80% of cell sites across Cebu now have LTE. In addition to network upgrades in Metro Cebu, LTE is also available in the rest of Cebu province, including key tourism areas like Oslob, Moalboal, Daanbantayan, Medellin, Toledo City, Bogo City and Carmen, allowing tourists and residents alike to share photos and videos of their experiences using Sun LTE.

Expanded LTE capacity is also available in areas in Cebu City, Mandaue, Lapu-Lapu, Minglanilla and Talisay, while the service has also been rolled out in Badian, Balamban, Barili, Catmon, Madridejos, Sibonga, and Tabuelan.

“Strong connectivity will enable our customers in Cebu to better share to the world their passion for Cebuano food, culture and history, as well as showcase the best of Cebuano hospitality and tourism,” said Carlo Endaya, Smart vice president for Prepaid Marketing. “Sun’s newly upgraded network all over Cebu allows its customers to instantly share their stories, as they go about their day,” he added.

These network upgrades are part of PLDT’s thrust to provide world-class internet service to Filipinos in Cebu and in other parts of the country.

Internal tests showed speeds ranging from 10Mbps to 50Mbps have been reached using a Sun LTE SIM and an LTE smartphone in key areas around Cebu.

“Apart from this improved network, the quality of the mobile internet experience is also dependent on the device used,” said Mario G. Tamayo, PLDT-Smart senior vice president for Network Planning and engineering. “This is why we encourage our Sun customers in Cebu to upgrade their SIMs to LTE and use LTE-capable phones.”

“With Sun LTE, our customers in Cebu can enjoy better mobile experience, which they can use to stay connected with their family through video calls and photo sharing, discover new things on YouTube, or access important online services,” Tamayo added.

He added that in areas where improved LTE networks have been put in place, small business owners and retailers have also reported an increase in earnings, boosted by improved mobile internet connectivity in their area.

LTE is the best technology to help bring fast, affordable and reliable mobile internet services to as many customers as possible. It is also quickly upgradable to LTE-A, which can provide even greater capacity and speeds to users with capable smartphones.

Level up to Sun LTE in Cebu

PLDT’s ramped up LTE rollout is part of a broader effort to improve the overall quality of service available to millions of Smart, TNT and Sun subscribers. This network expansion effort also includes the integration of the Smart and Sun mobile networks, which enabled Smart to install more new base stations for 2G, 3G, and LTE technologies to better serve the subscribers of both brands.

As of end-June, Smart has equipped over 3,900 base stations across the country with LTE, not only to expand LTE coverage but also to lay the ground for LTE-A, which can provide even greater capacity and speeds to users with LTE-compatible smartphones. This puts the total count of LTE base stations at over 12,600.

Underpinning PLDT’s integrated fixed and mobile network roll-out was the expansion of PLDT’s fiber optic transmission and distribution network. PLDT’s 204,000-kilometer fiber network, the most extensive in the country, also supports its mobile network by providing high-capacity fiber connections for LTE base stations.

As a result of integrated network transformation efforts, PLDT and Smart were also recently cited for being the country’s fastest fixed and mobile networks for Q1-Q2 2018, respectively, by Ookla, the global leader in internet testing and analysis.

Ookla said Smart achieved a Speed Score of 14.98, with average download speeds of 17.25 Mbps and average upload speeds of 7.65 Mbps, based on 2,118,464 user-initiated tests taken with Speedtest on LTE-capable devices in the Philippines for Q1-Q2.

On the other hand, PLDT achieved a Speed Score of 17.31, with average download speeds of 22.84 Mbps and average upload speeds of 23.45 Mbps. The fixed network award is based on 29,076,090 user-initiated Speedtest nationwide for the same period.

Smart also continues to lead in terms of LTE download speeds according to the latest Mobile Networks Update by independent mobile analytics firm OpenSignal. The report, which covered the months of May to July this year, showed Smart LTE download speeds nationwide at 13.09 Mbps (vs 7.34 Mbps). It also led across all areas, including in Mindanao, where it posted an average download speed of 12.23 Mbps.

Smart is on track to fulfilling its commitment to the National Telecommunications Commission to cover 90% of the country’s cities and municipalities with 3G/LTE coverage by the end of this year.

PLDT has committed historic levels of resources to support network transformation which is estimated to amount to $5 billion from 2016 to 2020, with capital expenditures expected to reach P58 billion this year. 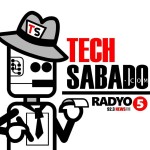