REVIEW | Samsung Galaxy A50: Getting all the basics right

Samsung’s Galaxy A50 is a smartphone that does all the basics right: impressive camera, long battery life, fast performance.

Our unit came in white that reflects a rainbow-like pearlescent effect when put under light and it looks beautiful. The material for the body is what Samsung calls “glastic” which is basically a fancy term for plastic that looks like glass. Though the frame and the body itself is made of plastic, it doesn’t feel cheap in the hand, and it’s not heavy to hold.

Among its key features aside from the high megapixel camera configuration, it has a plethora of choices for biometric security: built in optical fingerprint sensor underneath its display, face unlock, and PIN.

Hardware-wise, the new Exynos 9610 chipset is a very efficient 10nm that performs really well while consuming less power. The 1080 x 2340 pixels, 19.5:9 ratio (~403 ppi density) Super AMOLED display, on the other hand, gives a vivid color reproduction, deep blacks, excellent viewing angles, and is bright enough even when used under sunlight.

Being a camera-centric smartphone, the Samsung A50 provides a flexible camera setup for both the front and back.

Look at the front you will see a notch that Samsung calls the Infinity-U display which is not intrusive and the user has the option to hide it through software. It  also houses the 24mp front camera which provides beautiful selfies and an option to use the wide-angle feature to get everyone inside a groufie shot.

The rear camera on the other hand, allows for different settings such as a wide-angle shots and full-frame shots among others. Given that you have ideal lighting, the photos comes out nicely. It was only in low-light shots that the cameras tend to become underwhelming. You can take a look at the shots we took below.

One of the things that we loved about this camera is the fast-charging capability battery life. With the included fast charger, the Samsung A50 can have a 0-100% battery  juice in only one hour of charging. On regular use, the battery lasted up to 14 hours, which included always on display, mobile data and wifi connection, social media usage and the Spotify playlist.

To conclude, the Samsung A50 is more than just a mid-range phone. It does all the basic things right and it has everything we look for in a smartphone in this price range: good camera, snappy performance, security, and long battery life. 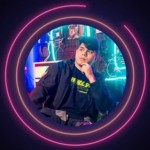