The Senate has already approved on final reading its own version of the proposed law.

According to ICT committee chairman and Tarlac representative Victor A. Yap, mobile number portability would allow phone subscribers to shift from one network to another, as well as switch from postpaid to prepaid subscription or vice-versa, without having to change their mobile numbers.

“A mobile number represents the identity of a mobile phone user in the digital world. It contains vital information, as well as their ties with other users. Through long and consistent use, a mobile phone user acquires property rights over their phone number. By forcing them to surrender this number upon changing networks, they are, in effect, being deprived of a vital commodity in the digital world,” Yap explained.

Under the proposed bill, telecommunication companies and the National Telecommunications Commission (NTC) will be tasked to establish a mechanism to implement the MNP.

Should a client have any existing financial obligation, they will be given three working days to settle their unpaid dues. If a client does not pay these fees after the three-day period, the donor provider will notify the recipient provider of the non-payment.

The bill also states that while a subscriber’s move to a different network is being processed, the donor provider must continue providing them with all mobile telecommunications services until an otherwise specified date.

“This bill is revolutionary in that it would break the dominance of current telcos in the industry. It can benefit new and small players, spur competition and improve telco service, which would entice more subscribers,” said Yap.

The bill also states that telcos that violate the law will be fined by the NTC of an amount starting from P100,000 to P300,000 for the first offense, and P400,000 to P600,000 for the second offense. Subsequent offenses, meanwhile, will be fined at an amount that will range from P700,000 to P1 million as well as cancel a telco’s franchise to operate.

This article was originally posted on Newsbytes.ph 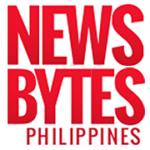