CHICAGO, ILLINOIS — A study posted on the website of the University of Chicago on Wednesday found that third parties who observe social rejection are more inclined to punish the perpetrators than they are to help the victims.

The researchers surveyed 83 individuals between 18 and 25 years old, asking them to complete a set of psychological questionnaires. Those participants recorded one-minute speeches about their morning routine, a purposely unemotional topic. Researchers then pretended to share the clip with two participants in other rooms, but in reality, returned with pre-recorded videos of similar speeches.

The participants watched those pre-recorded videos and were asked to rate them across various dimensions including intelligence, attractiveness and likability. Participants then received fake questionnaires ostensibly written by the people in other rooms, with one being especially harsh and overtly unfair to the other.

“The point is that the feedback is clearly unfair,” said Greg J. Norman, a senior author on the paper. “It’s more than someone just being mildly critical. Because the video is so brief, the ‘individual’ providing negative feedback has insufficient information to be that harsh. The severity and unfairness is really what makes it akin to bullying or rejection.”

In the second phase of the experiment, researchers told participants to take part in interactive computer tasks with the two participants in the other rooms-not revealing that those two partners were simulated. When simulated co-players made mistakes during the first task, study participants chose the intensity of the sound blast delivered as punishment. The second task allowed participants to distribute 10 dollars among themselves and their two co-players.

Compared to a control group, participants who reported feeling upset with the individual who provided harsh feedback chose to punish them with a significantly louder sound blast. They also gave less money to those “rejectors” than they did to the “victims” who received the poor reviews. Those results were even more pronounced for those who had reported a history of being bullied.

However, the study found that feeling sorry for the victims did not correlate with changes in the participants’ behavior.

The researchers will further this field of research by studying the affective processes that drive helping and punishing behaviors following observed social rejection and bullying. They will also examine how psychological stress may influence one’s willingness to help or punish following observed bullying. 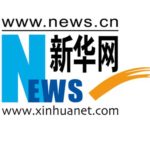 COMMUNITY | Training teachers to use technology in the classroom

16 hours ago by TechSabado.com editors

GAMING | Advertisers double down on mobile gaming in Asean

18 hours ago by TechSabado.com editors