SAN FRANCISCO, CALIFORNIA — Two U.S. researchers have created a framework to protect Internet-connected cars from cyber attacks, according to a university statement released on Monday.

The two researchers, Maanak Gupta from the University of Texas at San Antonio (UTSA), and Ravi Sandhu, professor of computer science at the UTSA Institute for Cyber Security (ICS), in their recent study examined the cybersecurity risks of Internet-connected cars, known as “connected cars,” which are equipped with facilities supporting Internet access.

They found the connected cars are exposed to the same cybersecurity threats that loom over other electronic devices such as computers and cell phones, according to the statement by UTSA.

Therefore, they created an authorization framework which provides a conceptual overview of various access control decision and enforcement points needed for dynamic and short-lived interaction in the ecosystem of smart cars.

Under this framework, the researchers are trying to create and use security authorization policies to prevent cyber attacks and unauthorized access to sensors and data in smart cars.

“There are infinite opportunities in this new Internet of Things (IoT) domain but at the same time cyber threats will have serious implications in smart cars,” he said.

Gupta said the framework, which can determine what and where vulnerabilities can be exploited, can also be applied to driverless cars, which may be even more vulnerable to cyber attacks. 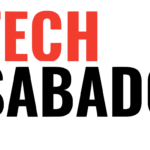