Inexpensive smartphones have hidden costs. They come with pre-installed apps and services that “leak sensitive data without user consent, posing a serious threat to the user’s privacy and security”, according to privacy rights group.

These “exploitative apps” are pre-installed in the smartphone and they “can practically do whatever they want, including access to camera, storage and location without seeking permission first from the user”. In most cases, the user is not even aware of their presence in the functioning unit.

They cannot be easily removed since they’re part of the pre-installed bundle and deleting the suspicious apps might compromise the integrity and reliability of the smartphone itself. In fact, “Android Partners who use the Android trademark are reportedly manufacturing devices with pre-installed software that cannot be deleted (also called bloatware), which leaves the user vulnerable to harmful attacks and backdoor access,” the group said.

“Most susceptible are those who can afford only inexpensive smartphones that usually carry outdated operating system which then exposes the user to security risks.” said the privacy rights organization. In a sense, the poor users are being penalized behind their backs for wanting to be part of the digital world.

In an open letter, Privacy International (PI), a UK-based organization that defends and promotes rights to privacy globally, is leading a campaign asking Google to take action against exploitative pre-installed software on Android devices. Along with 50 other concerned policy advocacy groups, PI is arguing that while these cheaper phone models also carry the “Google Play Protect” branding, research studies have revealed that 90% of their pre-installed apps are not available on Google store.

Essentially, the units won’t be able to receive updates that could have protected them from the latest threats to known vulnerabilities. In the research study, a particular local phone brand bought cheaply was found to have an outdated version of Android whose security vulnerabilities cannot be patched thereby exposing the user to all sorts of harm from illegal access to online scams.

The PI-initiated campaign is calling on Google to introduce changes that include:

According to PI, these fair and reasonable recommendations should benefit millions of people around the world and stop manufacturers from exploiting the poorer segment “in a race to the bottom of smartphone pricing.” 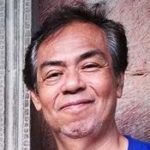 14 hours ago by TechSabado.com editors

20 hours ago by TechSabado.com editors

14 hours ago by TechSabado.com editors

GAMING | Advertisers double down on mobile gaming in Asean

15 hours ago by TechSabado.com editors

20 hours ago by TechSabado.com editors