Musk’s imminent tax payment is seen by many as possibly the biggest tax payment in US history.
Earlier, Musk sold off a huge chunk of his Tesla stock. The sale was pegged at $14 billion. Interestingly, Musk asked his followers if he should sell the 10-percent stake before actually selling.

Musk was awarded the stock options in 2012 which are due to expire next year. However, he has to pay the hefty taxes before he can cash in some of the stock by selling.

The tech leader was not taking any salary and instead opted to take stocks, particularly of Tesla. The stocks of Tesla continue to rise, despite a few minor bumps, which means Musk’s wealth continues to increase.

Forbes magazine also reported that Musk is worth over $244 billion, making him the world’s richest man.

Earlier, Time magazine named Musk as its “Person of the Year.”
An AFP report said Musk was named for “his embodiment of the technological shifts but also troubling trends reshaping people’s lives.” 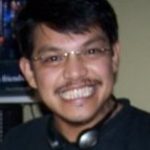 BUSINESS | Opportunity for bold moves in an uncertain 2023 market